Fifteen years ago, on August 29, 2007, Waterford Bank, N.A. opened its doors – but that’s not where its story begins.

As with any venture, it started with a vision. Founders Mike White, Mike Miller and Larry Boyer came together with the shared belief that banking is more than just business. They chose to set themselves apart from the big banks by placing the community at the forefront, putting an emphasis on building relationships and creating client-specific solutions.

Five outside directors jumped on board to help turn that dream into a reality – raising one of the largest initial capital bases of any community bank in Ohio: $27.5 million.

But, the bank didn’t start with a permanent home; Stephen Swigart, one of its outside directors, donated the use of his own company’s boardroom at Spartan Chemical. From that room, the real work began.

As the bank hits another milestone, here’s a look back at the progress made over the last 15 years.

With capital raised, a roster of 19 experienced employees, and a mission unique to the Northwest Ohio marketplace, Waterford Bank, N.A., officially opened to the public in August 2007.

Many of the original Waterford employees pose with some of our new additions at Waterford’s First Anniversary Party. 15 years later, many of these bankers still call Waterford home.

Then, just months after Waterford’s opening, the nation experienced turmoil in the financial markets. Despite this, the fledgling bank remained virtually unaffected. Bankers focused on capturing the businesses, corporate executives, and other professionals who were looking for a more personalized solution for their banking needs.

Thanks to Waterford’s reputation for relationship-driven, local decision-making, valuable opportunities and relationships quickly sprouted, leading the bank to reach the $100 million mark in assets in its first ten-and-a-half months of existence.

Growth only continued for Waterford in 2010, bringing new services and new achievements.

With more than 60 years of combined experience, the bank’s mortgage group came to fruition – and in the last four months of the year, it closed over $17 million in mortgages. That same year, Waterford hit $300 million in assets.

In 2010, Waterford built a team of the area’s most experienced mortgage professionals to create the best homebuying experience.

With a growing staff and increased customer demand, Waterford kicked off the expansion of its facility on McCord Road in 2011. The move would take the bank’s headquarters from 10,000 square feet to an impressive 38,000 square feet.

But, expansion for the bank didn’t end there – that year, construction began in downtown Perrysburg for a brand-new branch, and conversation swirled around the opening of a loan production office in Bryan.

With the growing staff and increased customer demand, we broke ground and started the expansion of our facility on McCord Rd. taking it from 10,000 square feet to an impressive 38,000 square feet.

In 2012, many of the previous year’s dreams became a reality.

In August, expansion was complete for the McCord Road location; and just a few months later, Waterford welcomed both its Perrysburg Branch and Bryan Loan Production Office.

Because of the bank’s dedication to its customers and business enhancements, it would go on to realize $400 million in assets that year.

Our bankers hit the roads several dozen times a month to deliver food and friendship to seniors and those with medical needs who benefit from Mobile Meals deliveries.

Connection was the name of the game in 2013.

Waterford increased its commitment to interacting with customers, launching its presence on Facebook and LinkedIn. Since then, the bank has joined several other social networks with the goal of connecting with clients wherever they may be.

As a community bank, Waterford thrives when local communities do. In 2013, the bank also sparked a new initiative, taking part in a variety of outreach opportunities including financial education, Mobile Meals, and other non-profit volunteering.

To this day, Waterford is proud to volunteer with Mobile Meals, delivering nutrition and independence to neighbors in need.

But, the bank’s commitment to connection would extend beyond the individual.

That year, the Women of Waterford – or WOW – Foundation was formed. The group has a mission of “empowering women through education, community service, and professional enrichment.” Through WOW, Waterford began to work with a talented local network of women professionals, in and out of the bank, who have continued to bring their diverse skills and knowledge to projects like educational seminars and other community-based philanthropic efforts.

With women professionals largely growing the local workforce, Waterford Bank felt the need to have a supportive network open to enabling their cause. As a result the female representatives of Waterford Bank, N.A. founded the Wow Foundation.

August 29, 2017 was a major landmark for Waterford, marking 10 years since the bank first opened its doors.

In addition to a decade in business, both the Perrysburg branch and the Bryan loan production office celebrated five years of service.

The summer of 2017 was an exciting time for the Waterford Team as we celebrated our first decade of business. In addition to internal celebrations, the bank planted trees, paid for memorial benches, and other beautification projects across Northwest Ohio.

The Waterford family continued to grow in 2019. On June 5, the bank announced it would acquire Clarkston State Bank of Clarkston, Michigan.

The agreement would go on to add two offices and over 25 people to the team, noting not only the bank’s first acquisition, but its first location outside of Northwest Ohio.

Waterford continued its expansion southward, breaking into the Findlay market that same year. With the addition of two bankers – Mike Epps and Lisa Amstutz – the bank kicked off the remodel of a new loan production office, positioning itself to grow in one of the hottest markets in the region.

Big changes came in 2019, with the announcement of the acquisition of Clarkston State Bank and the opening of the Findlay Loan Production Office.

As the world welcomed the new year, Waterford welcomed its new Clarkston branch on Jan. 1, 2020. Clarkston State Bank of Michigan officially merged into Waterford Bank, N.A., with total assets crossing the $1 billion threshold. The bank gained two new full-service offices – one in Clarkston and one in Waterford, though in August, the latter would be closed and reopened in Troy.

But, the growth didn’t stop there; on June 1, 2020, doors finally opened at the Findlay Loan Production Office, preserving some of the original architecture that stretched back into the 1800s.

Although many milestones were reached, 2020 brought harsh challenges as the coronavirus pandemic took hold. Among the hardest hit, were the many small businesses that were forced to scale back or completely close their doors.

In response to the crisis, the Small Business Administration’s Paycheck Protection Program (PPP) was released, and championed by community banks like Waterford. In the first two-month period, the bank helped originate over 600 PPP loans, equating to $197 million for area businesses to maintain payroll, hire back employees, and cover applicable overhead.

With the acquisition of Clarkston State Bank, Waterford gained two new full-service offices, as well as a wealth of experienced bankers to serve the Southeast Michigan market.

Waterford put a laser focus on customer experience in 2021.

And as the coronavirus pandemic continued, Waterford moved forward with yet another round of PPP loans, totaling over $285 million in funded loans to help local businesses stay afloat. By the end of the year, 99.8% of those loans were forgiven.

Waterford Bankers stepped up amid the Coronavirus Pandemic to help keep businesses open and employees paid – resulting in the origination of over 1,193 PPP Loans, equating to over $285 million in funding for our customers.

Growing beyond its start in a borrowed boardroom, into new cities and new states, the heart of Waterford has always remained the same: to redefine relationship banking.

As the bank continues to deliver on this promise and provide the state-of-the-art services customers want, we’re looking ahead to a future that’s undeniably bright and hope you will be a part of the adventure.

You can keep up with what’s happening at Waterford in our monthly blog from the “News” section of our website, subscribing to our quarterly email newsletter (at the top of this post) , or best of all by following us on social media – where we post daily tips, product knowledge, and highlight your favorite bankers. 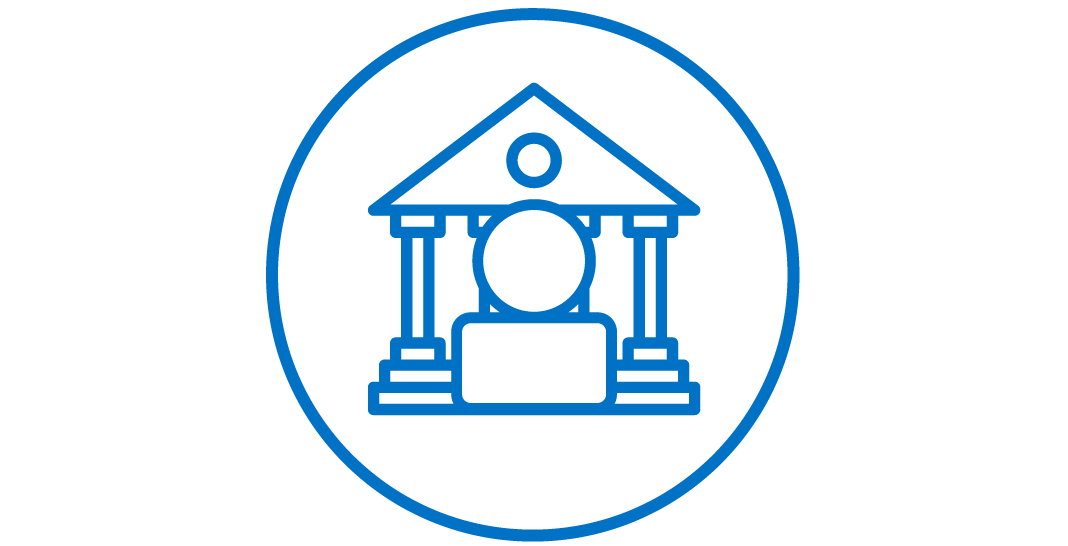 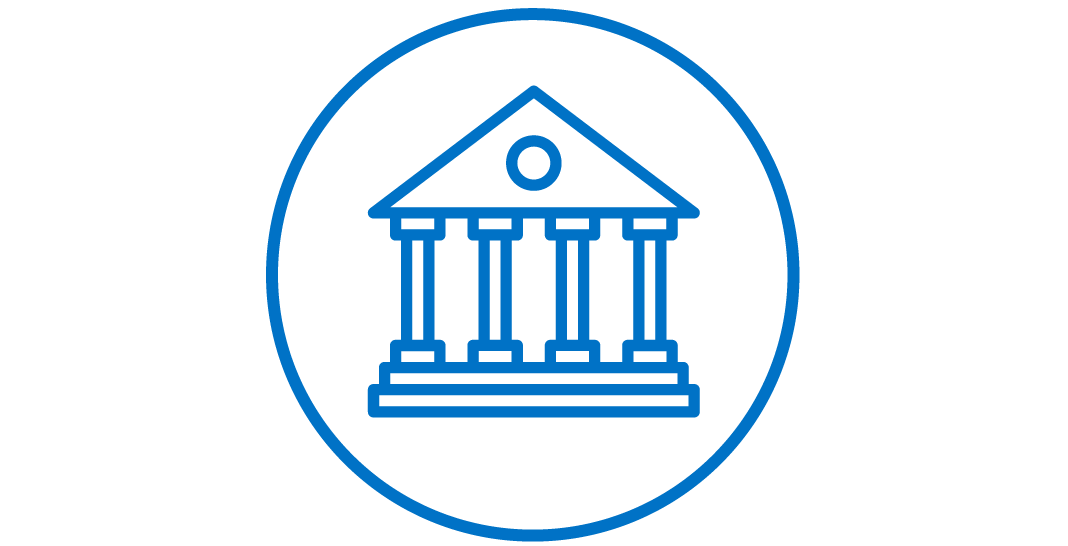